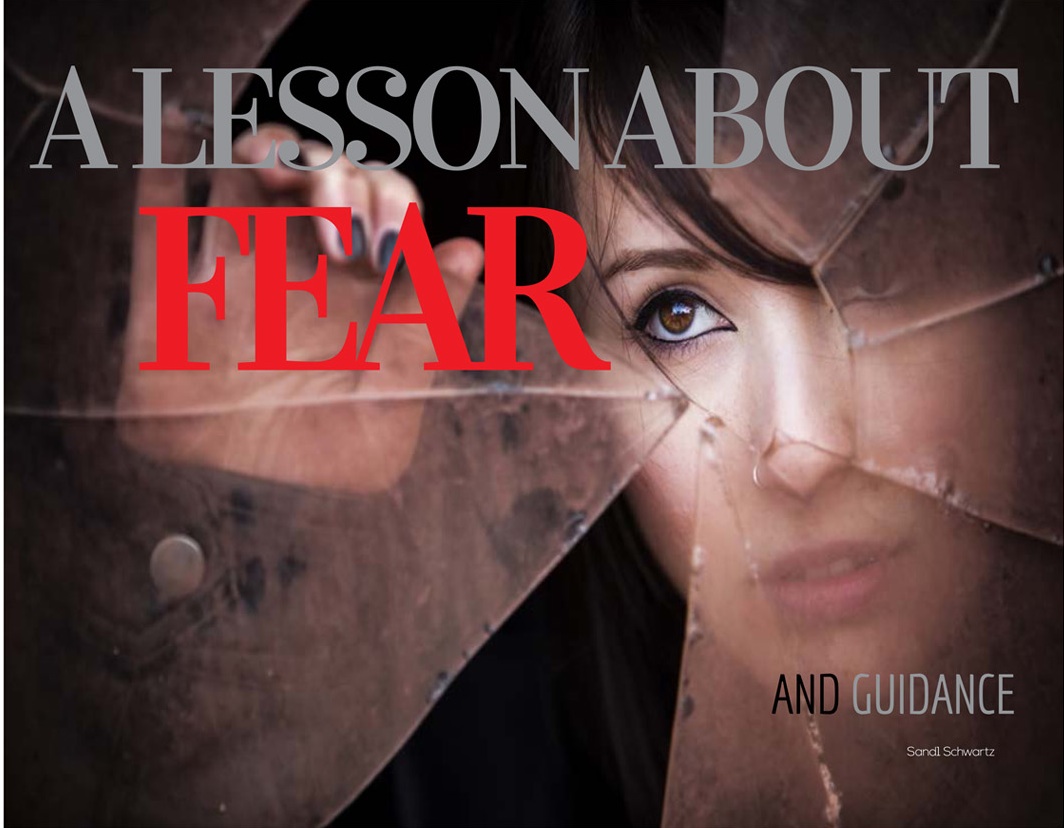 Fear can be paralyzing. It can insidiously creep into your mind and take over your body, making you doubt yourself, squash your joy and leave your dreams unfulfilled. Sometimes it appears with the force of a racket that is triggered by a catastrophic event, reeking havoc with daily reality. While you often have the luxury of spinning webs of worry in your mind as you mull over decisions, there may be a moment when fear suddently hits you over the head with the weight of a brick. I experienced the transformative magic of navigating between the power of Fear and the power of Guidance on 9/11.

My lesson began on a sleepy Sunday morning in August of 2001. My husband and I were invited to ‘tour’ Mayor Giuliani’s Emergency Bunker at 7 World Trade Center in lower Manhattan. I worked just a few blocks away as Executive Director of Citigroup’s Children’s Center, and I remember thinking how eerily quiet the streets seemed on the weekend, especially in comparison to the throngs of people who navigated space during the week.

I’m not the type of person who enjoys detective thrillers or international espionage movies, but the thought of visiting a real-life emergency command facility, just a few moments away from my everyday work life, seemed very exciting. Arriving on the 23rd floor of 7 World Trade and entering the bunker was like landing on a Hollywood set. This was a full-scale emergency management facility, with direct access to the President of the United States as well as state of the art surveillance equipment for keeping New York City safe.

As we toured the site, I had this uncomfortable feeling in my gut: “Why was it located here? How safe would it be if the building was ever attacked?” I, who knew nothing about emergency management, explosives or terrorism, could not shake this inner discomfort.

I had no idea what was going to happen a few weeks later.

But I am getting ahead of myself.  My lesson actually began about a year earlier.

Our daughter came home for a college break and mentioned that she wanted to spend her last semester abroad.  I imagined her in England, France or Italy.  She explained that the experience she desired was to go to India, Nepal and Tibet. My husband and I had the same immediate reaction: “NO!”  We did not believe that these remote countries were safe for a young woman and encouraged her to think about another part of the world. Neither of us had the awareness of how strongly our fear was guiding or, actually, misguiding our parental decision-making abilities.

Melissa has always been persistent. When something was important to her, she rarely backed down. At her insistence we had several conversations about how intensely drawn she was to the people and culture of these countries and how her interest in photojournalism would be served as she participated in a program that would allow her to document her experiences through her camera lens.

Around this very same time I began giving “Balancing Work and Parenting” workshops at several Wall Street companies. It occurred to me that if I made my decisions based on fear, I was not following the very advice I was giving to other parents.  I became aware of a small voice inside my heart that kept beating a strong yet loving message: “Live what you teach, Sandi. Make peace with your fearful thoughts and replace them with another story.”  I made a conscious decision to move past the internal chatter of my mind and take actions that helped me sort out responsible concerns from irrational fear. I researched the program that sponsored the studies abroad and contacted the director.  While no one could give me the assurance that I wanted ~ a total guarantee that my child would be safe ~ I became more and more comfortable tuning into this inner voice. I eventually started to trust, soothed my fears and found that I could let go of controlling my daughter’s journey.

In August of 2001, one week before our tour of the bunker, I quietly wept as she left our home for the airport, already missing her and praying that she would be safe. Each time a fearful thought entered my mind I consciously replaced it with an image of her being happy and well.

One month later, while she was preparing to visit with the Dali Lama in Northern India, I woke up and went to work, expecting a normal day.  I arrived at my office in lower Manhattan a little after 7:15 in the morning and a short time later my world was in turmoil.

That small voice inside my heart spoke to me many times on that infamous day. I believe that I was able to transform fear into guidance because of all the inner work that I had done the past year. Amidst the chaos that ensued after the second plane went into the towers, I was guided to make decisions that got most of my staff and families out of the area just before the buildings came down. It was that same inner ‘knowing’ that led me to walk out into the middle of the street, put up my arms and commandeer a car full of strangers, asking if they could fit me and one of my teachers in as they slowly moved away from the horrors of lower Manhattan. Even though every bridge and tunnel was immediately closed for security, I had a flash of a small, unknown bridge pop up in my mind, a bridge that connected Madison Avenue to the Bronx, and when we finally reached the northern tip of Manhattan, miraculously, the bridge was open.

I continued to follow the guidance of my Inner Voice and step-by-step, finally arrived home later that evening.

That night 7 World Trade came down. The Emergency Command Center no longer existed.

I looked danger in the face and, each time, turned my attention back to my awakened guidance. My intuition, in the absence of fear, was spot on.

There are millions of stories of how people’s lives were affected on that memorable September day, now twelve years ago.  I am compelled to share the wisdom that emerged for me from the rubble and the sadness.

I learned that living in fear rarely, if ever, leads to a life that is radically alive and joyful.  I found out that allowing worry and the negative experiences/opinions of others to influence our decisions greatly limits our ability to discover the greatness of who we really are.  I also was reminded how paralyzing the energy of fear can be and that it is an illusion to believe that in order to be a good parent one must worry.

The greatest gift we can give to ourselves and to our children is to align with our Inner Guidance System, that still small voice that lives within our heart and in our gut and continually points us to the pathway of well being. By modeling how to follow this inner compass and encouraging our children to do the same, we become free to live life to the fullest, knowing that no matter what happens, we will be competent to accept uncertainty and walk in the direction of our dreams.

How does one know the difference between irrational fear and legitimate intuition?

I’ve learned to check in with my thoughts. If they make me feel powerless, or if they are negatively emotionally charged, I know it is time to get still, breathe deeply and quiet my mind. I ask for guidance and continue to breathe as I imagine a stream of wisdom flowing to me. I can actually feel a shift in my heart, in my gut and in my spirit as the thoughts transform into a ‘knowing.’

As parents, we love our children with every fiber of our being, but we can never worry enough to keep them safe. Instead of filling their heads with stories of danger and vulnerability, we can remind them of their power, let them know that they were born with built-in radar to sense when something does or doesn’t feel good and give them plenty of opportunities to fine-tune their guidance system.

Each year as September 11th is revisited, I find my memory filled with sadness of those tragic days, yet within my heart glows the embers of gratitude for the tiny miracles that were born amidst the darkness.