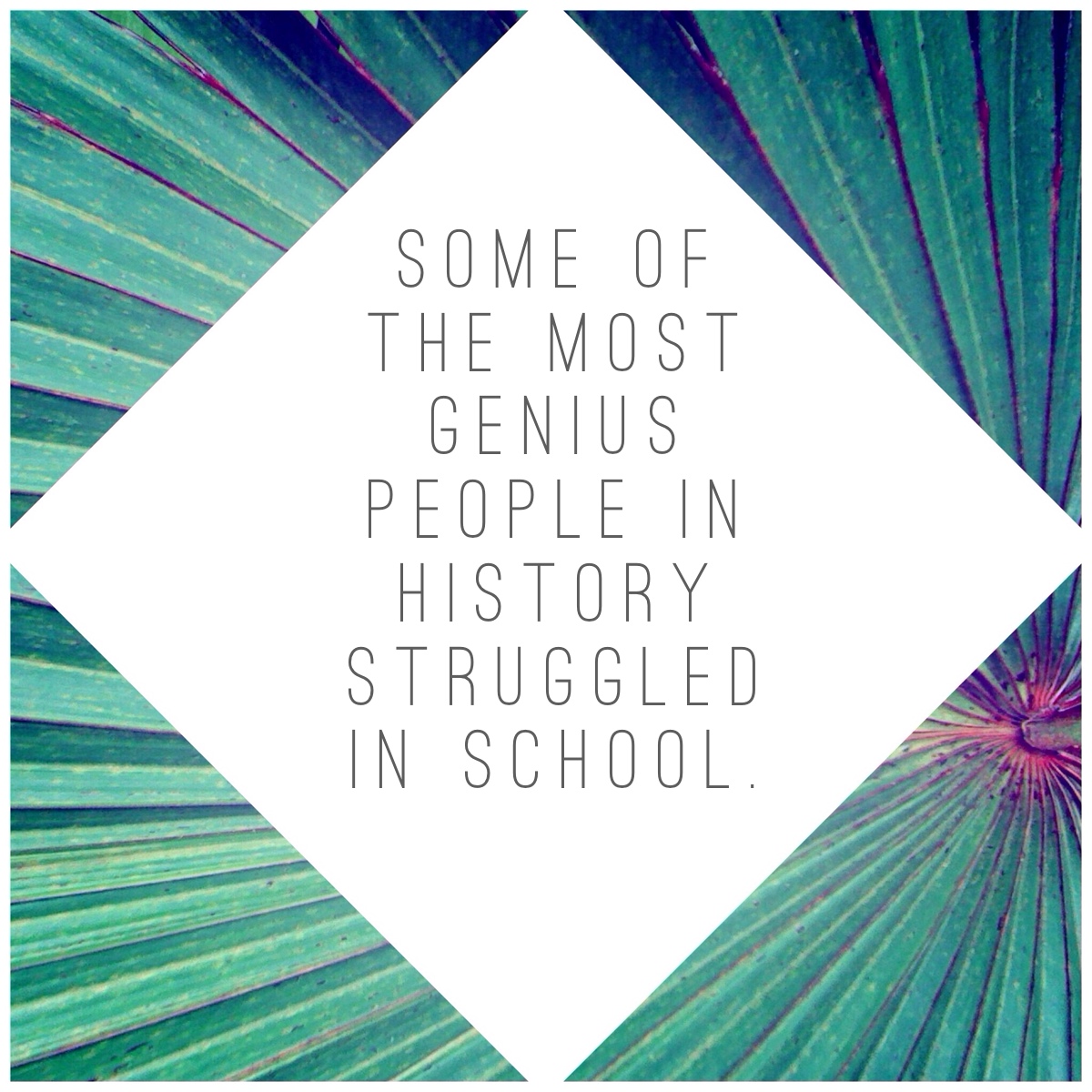 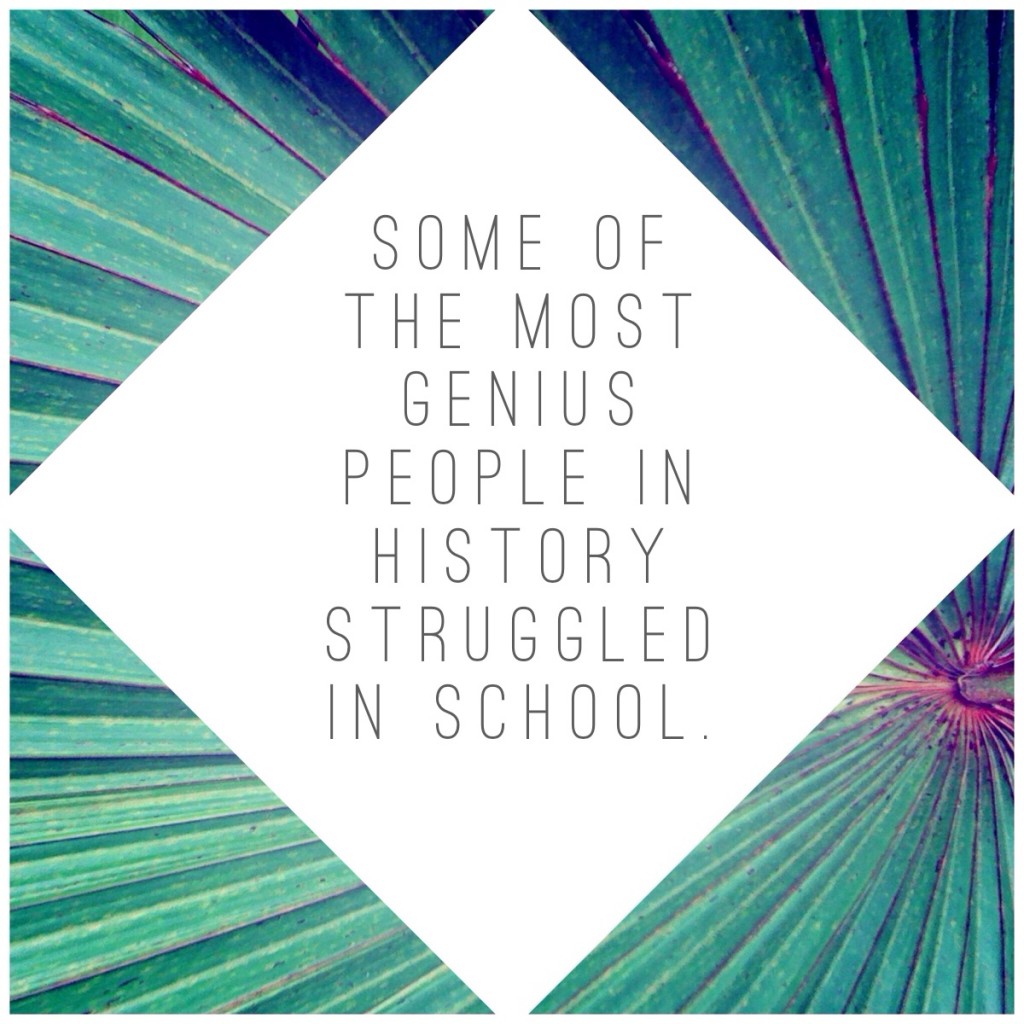 As the new school year quickly approaches many parents feel a knot in their stomach as they begin to worry about the challenges their kids will face. While many successful people were top students, there are famous intelligent, creative folks who struggled with the demands of school. They became some of the most gifted and talented people the world has known:

I often wonder what it was like to be their parent. Did they worry about their kids? Probably! What can you learn from this? Even some of the most genius folks in the history of the world struggled in school. So…as you feel that knot in your stomach, remind yourself that even though you want your children to meet their responsibilities and often fall short, it does not mean that they will miss the mark. Remember to shine a light on their unique gifts and talents as you take a deep breath and envision them growing into happy, successful adults.