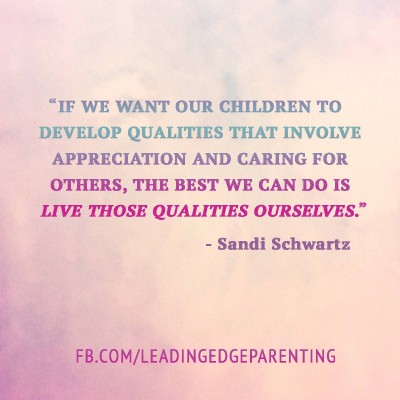 This weekend I had the privilege of meeting an amazing dad. Our chance interchange happened as I was walking through the booths of a local photography exhibit.

I stopped to admire some photos and the man started to tell me about his work. He said he had always loved taking pictures but when his elderly mom could no longer leave her home he began taking photos everywhere he went so he could share them with her.

As he was describing the joy his mother received from watching his videos his teenage daughter popped in to the booth. She listened as her dad talked about his passion for nature and for photography. He continued to tell me how he currently takes photographs and videos to the local nursing home and shares them with the Alzheimer’s patients.

He started to choke up when he talked about a day when the director asked him to stop taking photos of the residents. He thought he had violated a policy but was reassured that the reason she asked him to put down his camera was because a patient who rarely uttered a word asked if she could dance with him.

He reached out his hand and the elderly woman who never showed signs of connecting with others broke out in a giant smile as she melted into his arms. As he told the story his daughter gave her dad a loving hug.

My heart smiled. I had tears in my eyes as I thought about the gift he was giving to his child. Instead of lecturing her about the importance of being compassionate and kind, he was living his life as a role model.

If we want our children to develop qualities that involve appreciation and caring for others, the best we can do is live those qualities ourselves.

Children who live with compassion tend to grow into adults who express compassion.

Words do not teach.